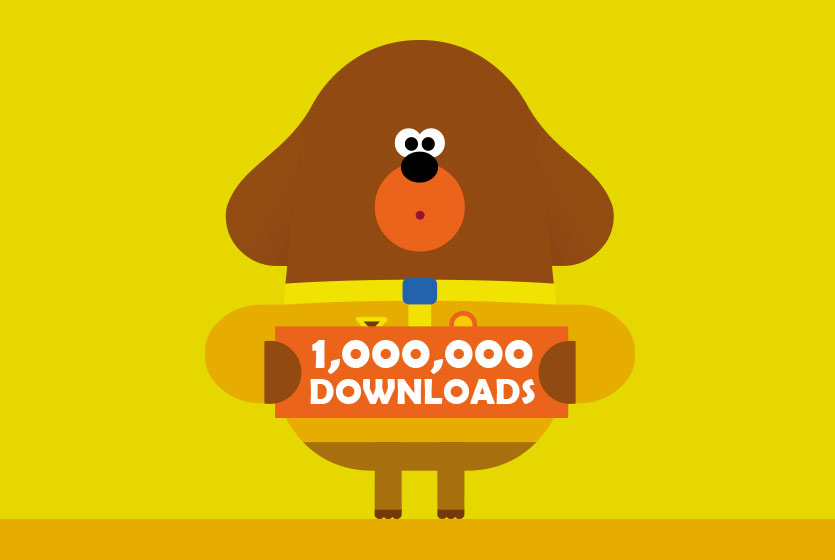 Hey Duggee is celebrating a huge milestone this week, hitting one million downloads for its chart topping apps.

The BAFTA winning CBeebies Show has five best-selling apps, including The Big Badge App, The Big Outdoor App and the We Love Animals app, as well as standalone apps The Sandcastle Badge and The Tinsel Badge. All have been created in partnership between BBC Worldwide and mobile games developer Scary Beasties, and are aimed at children from the ages of 18 months to four.

Peter Hickman, BBC Worldwide Digital Entertainment Children’s Producer said: “Hey Duggee is an amazing show and it’s a privilege to be able to work with both [Hey Duggee creator] Studio AKA and the game’s developer Scary Beasties. One million downloads is a huge milestone for us and I’m pleased to say that we have brand new Hey Duggee apps in the pipeline to take us to the next million! Ah Woof.”

Hey Duggee has seen successful global growth ranking in the top 5 most watched programmes on ABC kids in 2016 and among France 5’s top 10 titles. In Italy, Hey Duggee was one of the top three most viewed shows for Cartoonito within it’s first month on air.

All apps are available across a number of platforms including  the App Store, Google Play and Amazon.